State Police Livery for the Mustang 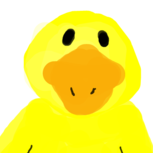 By StrikerzRyan,
March 1, 2021 in Suggestions